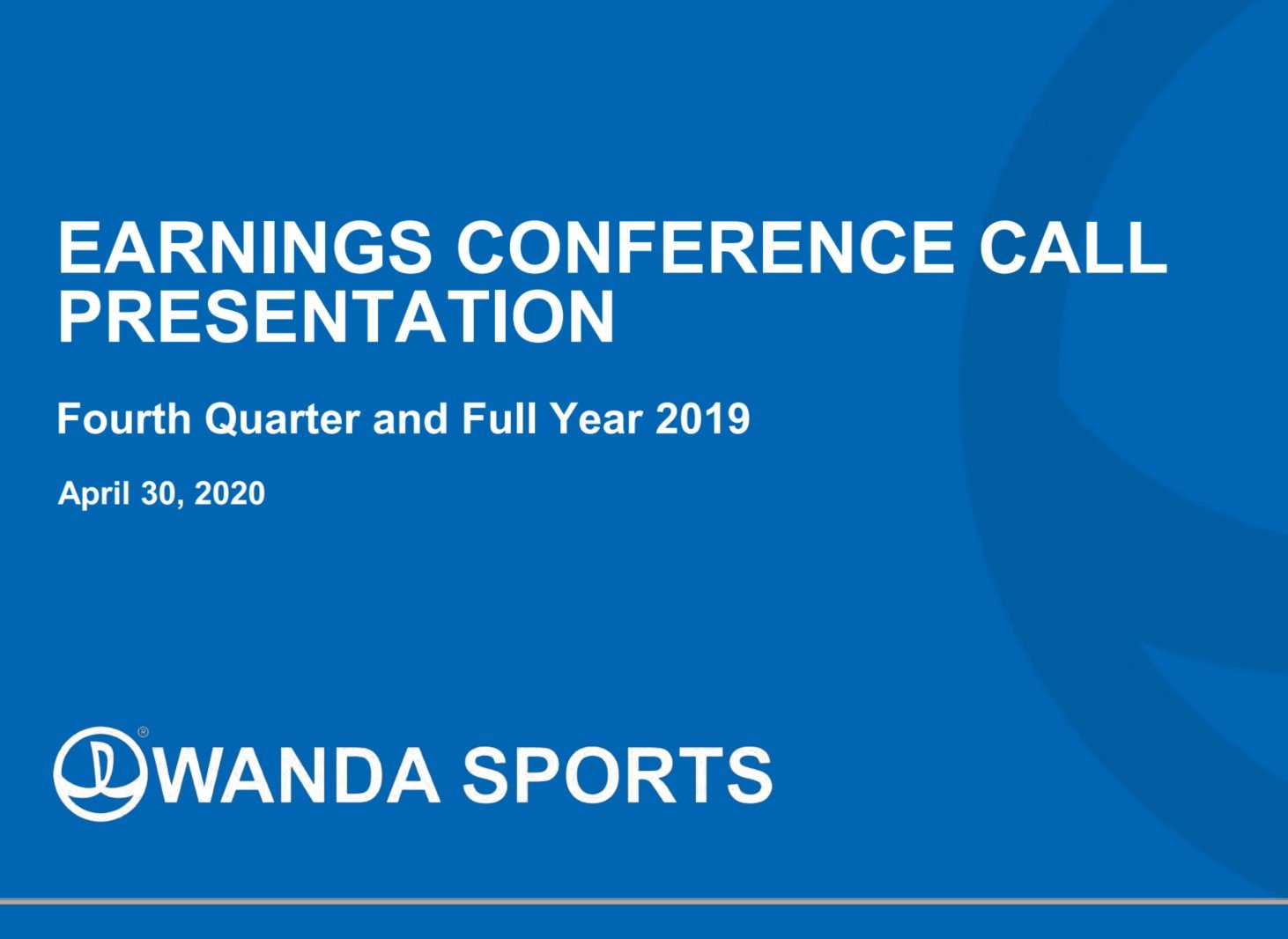 [Disclaimer: I’m not an analyst, nothing here should be construed as information to support a buy or sell of WSG stock. I own around $1,000 of WSG stock. I’ve been a casual observer and commentator on Ironman since helping to organize the 2001 Half-Ironman UK. In a prior life, I’m been involved in corporate acquisitions valued at more than $3 billion, but am not finance trained.]

Today at 8:30 a.m. eastern time it was the #WSG earnings call. The earnings numbers were never going to include any major impact from COVID-19 as the results are retrospective, and the full impact won’t be felt until the Q1 results.

We should learn some details as the sale of Ironman is not slated to close until 2Q. As expected there were no forward looking statements, mostly I suspect at this point because they’ve no idea how long it will be until mass participation events are allowed to resume.

Due to the significant uncertainties relating to scope, duration and impact of COVID-19, we currently are unable to reasonably estimate what our 2020 financial performance will be and, accordingly, are not providing any updated guidance

I’ve extracted a few of the key slides from the results presentation above. You can find a reply for the call, the full slide set in PDF format etc. from the investor relations site.

Earnings calls are always difficult, they are legally(for publicly listed companies) required to tell the truth, no wild speculation, no numbers that they cannot support. So, for example, when Ironman said about 6-weeks ago they were looking to sell Ironman for around $1-billion, it had to be generally accurate. The other aspect of earnings calls is they are news management. Only tell people what you want them to know.

For triathlon in the full year 2019

That beyond triathlon, WSG has a broad range of events, covering a large spectrum of mass participation, including but no limited to

WSG through their InFront division, also partnered, broadcast and invested heavily in Spectator Sports. That is broadcasting online and TV of professional only sports such as Badminton, Skiing, Basketball, Voleyball, Ice Hockey and deals with Scottish Professional Football League and the CEV for rights to the CEV CHampions League and others.

Also, a strategic partnership with World Athletics (formerly IAAF) including media rights and events, including a new Diamond League meeting in China. Interestingly, while the Diamond League meeting has been pushed back from May to September, they did think it would still be held. This is interesting only insomuch as I personally couldn’t imagine putting an athlete on a longhaul flight to go race unless the athlete had been inoculated against, or had proven anti-bodies for COVID-19.

For the full results picture, it’s worth going through the slide deck and listening to the call, see above. However, as it relates to specific items it’s worth noting that

WSG during the call made a repeated point that Year to Year results were subject to a downturn due to the cyclic nature of their events. The example given was the 2018 FIFA World Cup Russia. This impacts the Digital, Production, Sports Solutions (DPSS) division results unless there is an equally big event in the following year.

When the call ended their was a brief Q&A session, analysts asked:

What We Didn’t Learn…

I tried to ask, twice, but was not recognized for the Q&A, a few interesting(to me) questions as it would relate to both the Mass Participation customers, and as much as I’m sure Advance Publications are doing their due diligence for the acquisition, some questions I’d want to know.

The analyst call was subdued. This was surprising given that WSG still have a class action lawsuit outstanding, as a result of the IPO. The lawsuit claims WSG overvalued their assets and the outlook for the company. It’s going to be hard to prove they inflated the outlook numbers now with the decimation of events across the world. However, it would seem that the “Impairment of goodwill” is an admission that they got the value of assets wrong. No one asked.

Following on from the “Impairment of goodwill”, it now makes the payment of $20 million in stock grants as a result of the IPO, reckless at best.

The share price though seems to have held steady following the results. As of writing, it’s hovering around $2.43 per share, nearly 11% down today. Contrast this to the pre-IPo estimate range of $9 to $11 per share, which was revised downward again to $8. Even immediately after the IPO, analysts were calling the WSG IPO as a “dud”.

May 27th, 2020 It’s the annual Wanda Sports Group 2020 Annual General Meeting. I expect to get an invite, but won’t be travelling to Beijing to attend. Since WSG has a business segment focussed on events without in-person attendance, I’m hoping they’ll move this online 😉