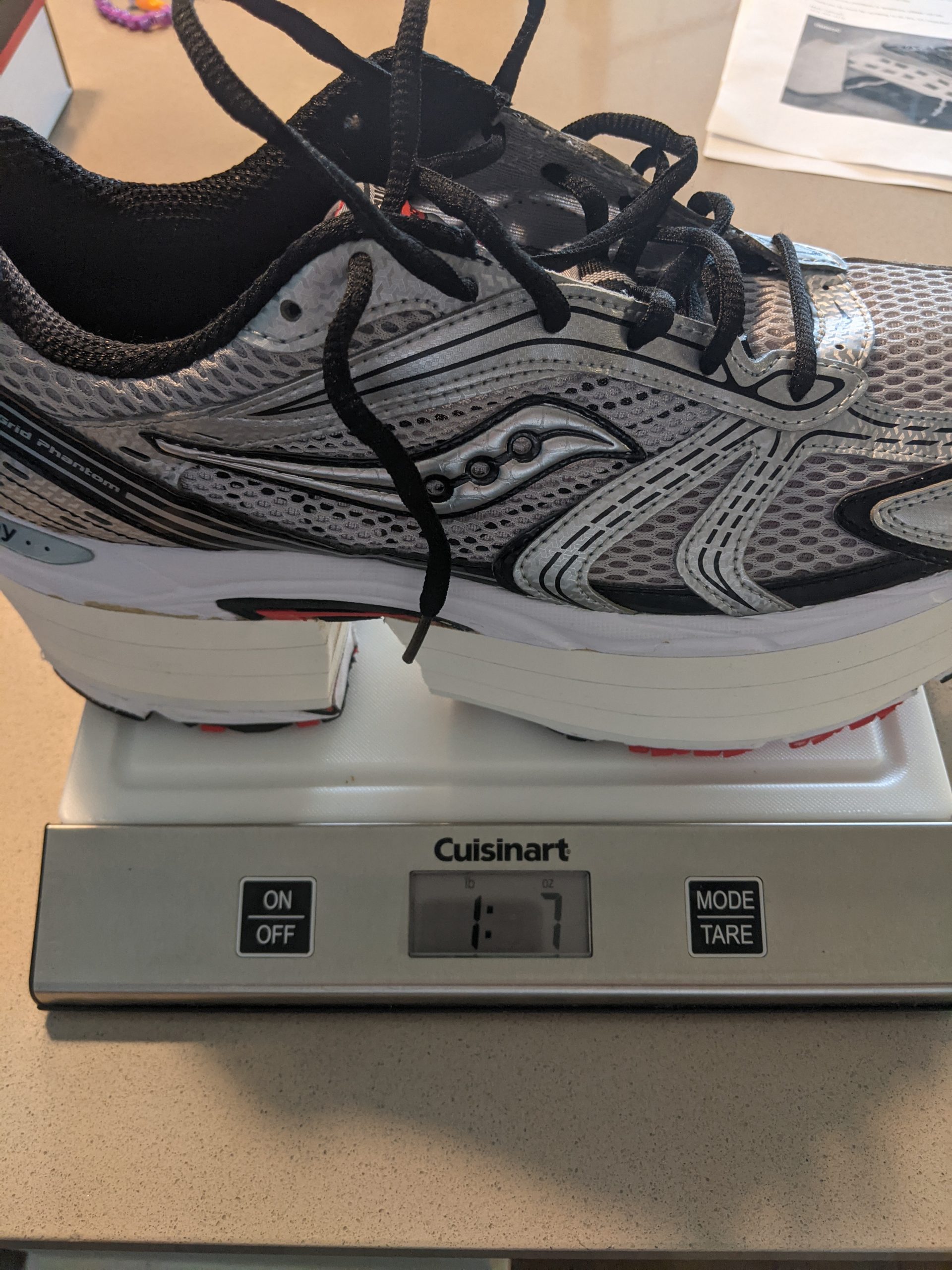 While the media is full of stories about records being set by athletes with super lightweight shoes with a carbon fiber spine, I’ve finally managed to find someone who can build me a shoe at the opposite end of the spectrum. Welcome to my shoe.

The shoe is the same basic design that Jocelyn (Wongstar) Wong did for me 11-years ago. Implemented and built this time by Little Boot shoe repair in Longmont.

I’ve not run for almost exactly 2-years. While in the first half of 2020, I did put in an effort to bike and swim once #Louisvilleco rec center was open for swim lane appointments, but by the time winter came, I had pretty much given up working out.

I’d stopped running in 2019 because my last shoe had worn and was causing my right foot to badly pronate. I contacted my go-to shoe guy and he’d moved on and wasn’t available. I contacted all the local running stores, and specialists, including a couple of running shoe company folks. No one was interested in building up a shoe by 2-inches. I did get a referral to a shoe repair place in Nederland, but they also declined.

I met with RL Smith at Runners Roost in Boulder. RL Speculated that one way to fix the 2-inch difference, was to take a pair of Hoka shoes, and take 1-inch off one shoe, and add 1-inch to the other. RL seemed confident, after some 20-years of insoles, orthotics, wedges, custom made shoes, and build-ups, I wasn’t. RL did measure and make a custom insoles to correct my pronation, and especially for the Valgus drift in my right leg, which when last measured, was 18-degrees.

Which left one option before randomly searching on the Internet. I visited Little Boot in Longmont and discussed the what needed to be done. I gave them an old shoe and agreed they could cut it up to see what had been done before.

I collected the shoe on August the 2nd, tried it on for fit, weight etc.

One of the Saucony Mens Grid Phantom weigh in at 12 1/2 Oz at size-12/EU 45. With the build-up, the shoe weighs in at 23 Oz. So the build-up almost doubled the weight of the shoe. The part of the shoe build up that didn’t get, was how to cut, fewer, much larger holes in the foam. Instead, the simply drilled circular holes to lighten the load. The last set of shoes I weighed, in 2014, weighed in at 1lb for the right shoe. The shoes though were not identical.

If nothing else, this is something to work on for the next build, trying to go back to larger holes.

From a height perspective they are pretty close. The length leg difference changes from year to year as my knee wears out. The knee wear is more accurately called “valgus drift”. Along with the drift, it also continues to cause problems with the ankle dorsiflexion, or restricted movement. The dorsiflexion directly results in overpronation of the foot at the subtalar (lower ankle) joint which then in turn causes the knee valgus. It’s a vicious circle.

I was first told in 2006 that I needed a knee replacement, it was also explained then that I would likely only get a knee replacement once, so the longer I can put it off the better. Here I am, 15-years later and time to run again.

The Paralympics are just about to start on Tokyo. Every time I feel sorry for myself and the issues with my leg, I just need to watch some of the amazing Paralympic triathletes to realize how lucky I am.