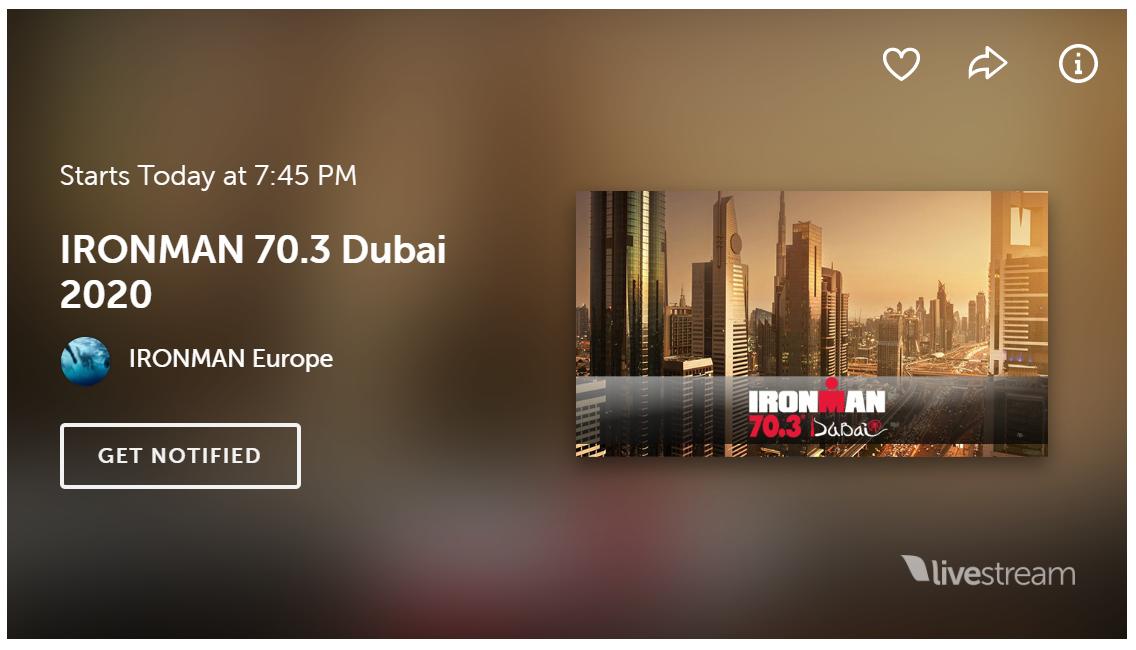 Tonight, at least here in the Denver/Mountain timezone, athletes will be starting Ironman 70.3 Dubai at 8pm for the male pro’s and then the female pro race. It’s actual start time is 07:00a.m. Gulf Standard Time.

It may just be that because the race is in the middle east, or it may be a general switch, but the live coverage of the race will be available via livestream.com – I’m hopeful this is a general switch by Ironman away from Facebook Live. Facebook has and continues to be embroiled in privacy violations, and even though I have not had a Facebook ID for over 3-years, their cookies and tracking pixels still accounted for 32-direct calls to Facebook servers when starting to watch a live broadcast, followed by an enforced switch in the live stream every 15-mins, which sent another 20-or-so-calls direct from my browser to facebook.

Many, many websites you visit set cookies/use pixels which send data to facebook and allow them to build a tracking history of what you are doing, where you are browsing and what you are watching, even if you don’t have a Facebook ID.

While there are lots of reasons to not watch Ironman 70.3 Dubai, not least because the Dubai kingdom itself is not a beacon of freedom, at least watching on Facebook Live is no longer a reason. I’ll be tracking, excuse the pun, what livestream does.

The race will be fascinating, at least for this British ex-pat, with Helen Jenkins returning to racing, former winner and short course specialist Adam Bowden, and also long course specialist Phil Graves, who stayed with me prior to racing Ironman 70.3 Texas/Galveston 10-years ago and surprisingly, for me, Ronnie Schildknecht, who stayed with me for Austin 70.3 and then his American record setting Ironman Florida in 2011. How time flies. Tri247 has a great pre-race summary.